John Doe is one of the 30+ participating Special Event Nightclubs that you can add to your order for no additional charge.
An Amsterdam Nightlife Ticket includes 1, 2 or 7 days of access to Nightclubs, Experiences, and extras for €10.

A new spark on the Rembrandtplein

After a long and precise renovation, a new club in the city centre of Amsterdam emerged. Club John Doe opened its doors on February 19th of 2015 at Rembrandt square, the most vibrant square in Amsterdam.

The approach of John Doe in the nightlife of Amsterdam is different than others. As the name says, John Doe wanted to be mysterious, highly unknown and above all, different. The club showed this off with its grand opening party, where people of many kinds, craziness and curiosities came together.

The club has achieved its primary goal, being unidentified, with success, as it is set to be a new club in Amsterdam where anything is possible.

For access to Club John Doe, you need to be 18+. ID is required

It's all about ambience

Besides these elements, John Doe is the place where music and lights come together. With its high-end lighting abilities, John Doe takes the meaning of lights in a club to a whole new level. Adding up the best premium beverages, anonymous cocktails and one of a kind interior, John Doe offers nights to remember and is a valuable addition to the Amsterdam nightlife scene.

A visitor’s clothing and footwear must be neat and tidy as well as consistent with dress codes of the nightclub or a themed evening. Visitors wearing sports clothing and athletic shoes will not be admitted to John Doe.

Club John Doe is unmissable for those seeking a comprehensive Amsterdam club experience.  This stylish, exclusive club has hosted some of the most exciting artists in Europe and beyond over the last year.

Choose your 1, 2 or 7 days Nightlife Ticket here, and add (no extra costs) the special events at John Doe, which you would like to attend.

This is the start date for your Amsterdam Nightlife Ticket. 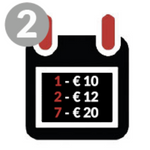 SELECT A 1, 2 OR 7 DAYS NIGHTLIFE TICKET

A 1-day Amsterdam Nightlife Ticket costs €10 and grants access to the participating nightclubs, special events, experiences and extras for 1 day.

A 2-day Amsterdam Nightlife Ticket costs €12 and grants access to the participating nightclubs, special events, experiences and extras for 2 days.

A 7-day Amsterdam Nightlife Ticket costs €20 and grants access to the participating nightclubs, special events, experiences and extras for 7 days. 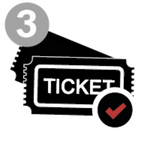 You will also receive a confirmation email containing your ticket(s).

These ticket(s) will give you direct access to all the locations, so you do not need to pick-up any other ticket(s). 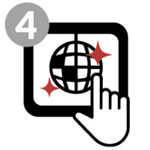 Besides the clubs, experiences and extras which are always included in your Amsterdam Nightlife Ticket some nightclubs daily/weekly organize Special Events.

You can also visit these special events for free with your Nightlife Ticket(s)!